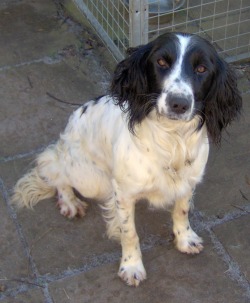 Meg has various Novice field trial and working test awards, as well as being an invaluble member of my picking up team.

I've had far too much fun working Meg to compete with her seriously! She is quite big for a springer bitch. A stylish hunter, fast, flashy and brave in cover. Quite a handful, but a tremendous shooting dog. Rather than trialling her seriously I've used her as an all-round working dog for shooting, picking up, beating and on the peg.

She has a couple of trial awards just to show that she can do the job under trial conditions, and I really ought to have competed with her more often.

Meg is now nearly twelve years old, and yet is still capable and more than willing to put in a days work.

April 2017 - Meg has now turned thirteen years old. She is nearly deaf, and physically a bit rickety, but she is thoroughly enjoying her late retirement in the kitchen! She still loves to fetch a ball or dummy and is never happier than when she gets the chance to have a swim! 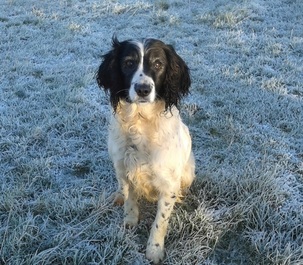 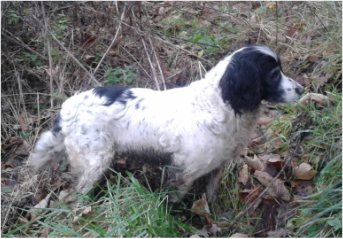 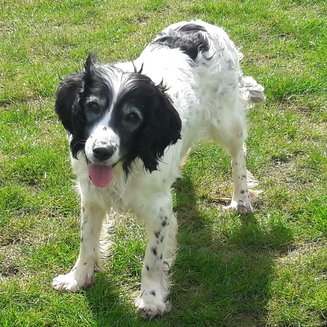 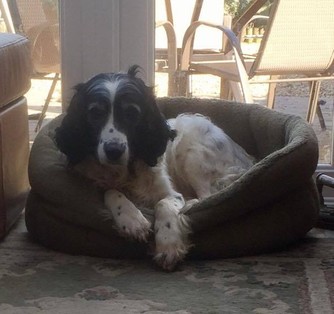