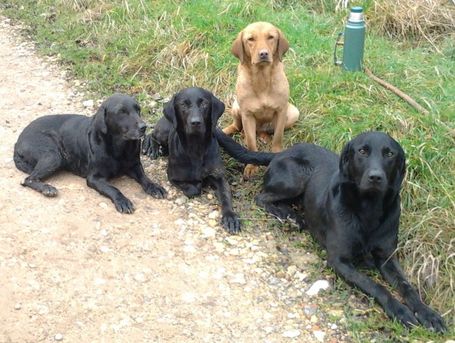 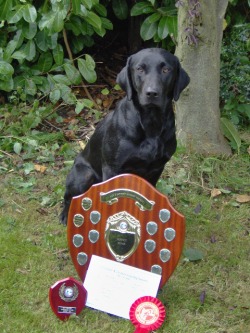 Lola is a novice field trial winner having won the Coventry &  District Gundog Club Novice stake in September 2008. She also has a number of other trial and test awards. Please see the competition page for full results.

As well as being a successful competition dog, Lola is a key member of the picking up team, and is just as at-home as a peg dog. She has been an absolute pleasure to train, has a superb temperament and is completely sound.

December 2015 - Lola is approaching ten years old. She has been a wonderful dog in all respects. She has long since retired from competitions, but remains an integral part of my picking-up team. She has retained her obedience, soundness and steadiness in all working aspects.

Anyone that comes for a training lesson with me is almost certain to meet Lola. She will patiently sit still while young, sometimes naughty young dogs are introduced to their first lessons. She happily assists me with demonstrations, steadiness exercises, and accustoming trainees to working around other dogs.

Unfortunately time is starting to catch up with her, but fortunately I do have two of her daughters. 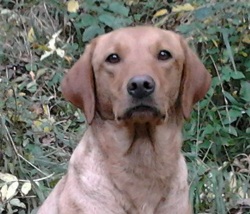 
Ruby is Lola's daughter. She is an eye-catching, dark yellow colour. She is a smaller type and is VERY fast! I have used Ruby as an all-round gundog, combining picking-up, sitting at a peg, walked-up shooting and beating. She has had a strong hunting drive from just a few weeks old whilst being very biddable.

Unfortunately I wasn't able to put sufficient time into Ruby's training to run her in competitions. However she is a great little working dog with a big character, who seems to end up a favourite of anyone who meets her. 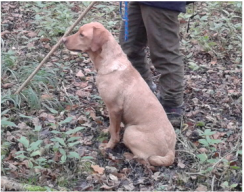 Ruby out picking-up on a shoot 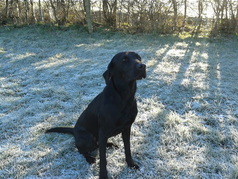 Clover is a fast and stylish worker. She has a super marking ability and can look really impressive in her work. She has a wonderful temperament and has taken to her training very well.

In December 2015 we decided it was worth entering her in a field trial. She certainly didn't let us down, winning her first trial! - a Novice stake with the Essex Field Trial Society at Ampton. Clover ran a lovely trial, marking superbly in the sugar beet and taking a nice runner. 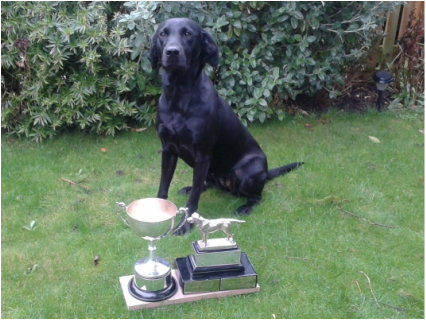 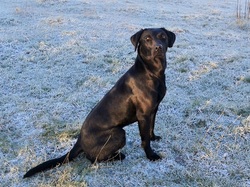 Kelly was bred by ourselves. She is very bright and responsive. She took to training with ease and rapidly progressed through even the most advanced exercises. She has has already won a puppy test and had a second in a field trial.
Kelly came second in her first Open working test, and then won the Dukeries Gundog Club Open test the following week. A remarkable achievement for a lab well under two years old! In her next run two weeks later, she won the Leicestershire Gundog Society Open. Kelly is really starting to deliver on her early promise!

Kelly followed up her win with a Certificate of Merit at the Eastern Counties Retriever Society test. The following week she delighted me with another open test win! The Big C charity test in Norfolk with an entry of over 50 dogs!

Kelly's first and only field trial of the 2015/2016 season resulted in her winning first place in the Suffolk Gundog Club Novice stake. This was only two days after Clover's trial win - a really memorable couple of days! 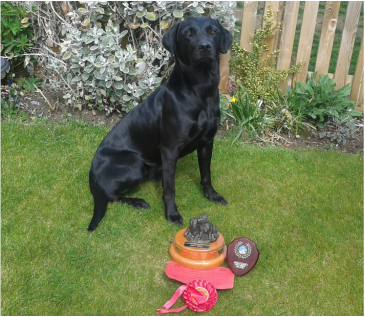 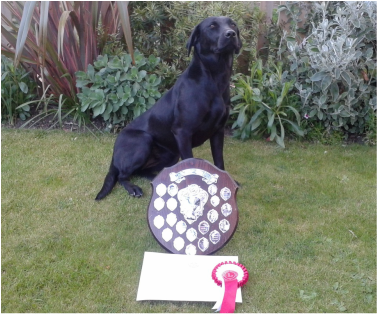 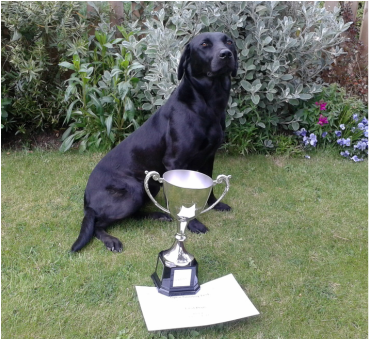 
Gone But Not Forgotten 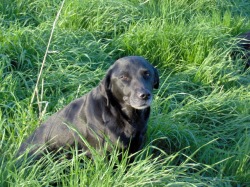 Hannah has now been retired from serious work, but remains fit and healthy. She won a few puppy tests and novice test awards but was never competed seriously. She has been a tremendous worker throughout the years.  A daughter from her last litter (Spinnakeu Dee) won a novice field trial in the 2009/10 season. 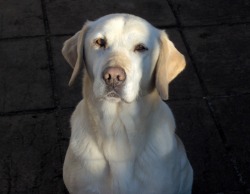 Penny is my favourite dog. She was the first dog that I competed with seriously, picking up a second place in our first field trial. She very soon won a novice stake, and I really regret not having run her in many open trials.
As well as being my 'right-hand dog' when picking up she has also accompanied me when taking countless group and individual lessons. Always on hand to show how its done!

Penny is getting an old lady now, but she still came out picking up and shooting with me last season. She may be slowing down a little, but she can still find runners! 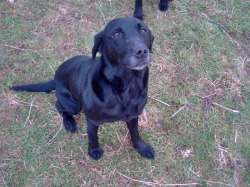 Blue has a few novice working test and field trial awards, however her main strength has always been as a picking up / shooting dog. She's a superb game finder, and really effective at finding wounded birds. Blue is now the dog I rely most heavily on in the picking up team.


Although quite small for a labrador, she is completely fearless with plenty of 'battle scars' around her nose and face to show her willingness to enter cover!  Her small stature hasn't prevented her being able to deal with even wounded canada geese.
Update Feb 2015 - Blue is now retired from all work, and is very much the old lady of the kennel.
Summer 2015 - Blue sadly died aged 14 years 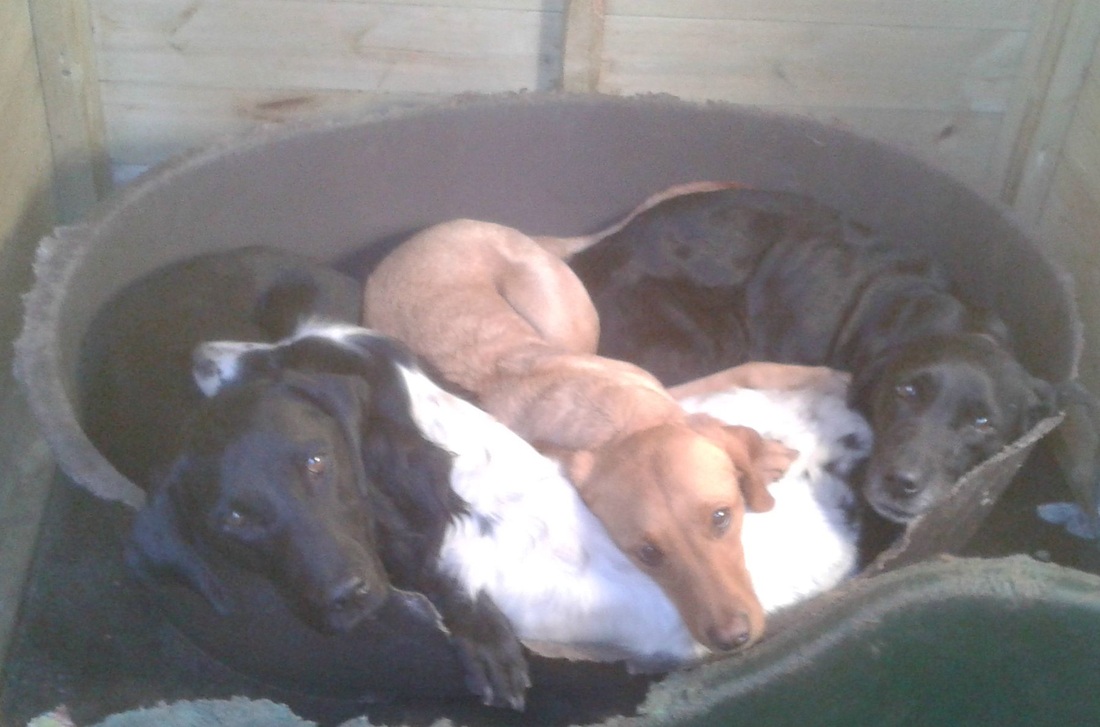