We are not a commercial kennel, and only breed the occasional litter here at Spinnakeu for our own purposes/requirements. Any bitch we breed from will be fully health tested prior to mating, ensuring the pups will have the best possible start. Any stud dog will be chosen for both working ability, and temperament, as well as health tested. 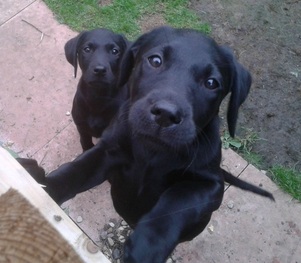 Spinnakeu Volley (foreground)
Update May 2016
All of Clover's pups have gone to their new homes. However it is possible that we may have a litter from our dark yellow bitch (Ruby) later in the year. Please watch this space for further information. Alternatively, please get in touch if you would like to express an interest in a pup from the litter.

FTW Vilendal Georgia On My Mind Of Spinnakeu (Clover) has been mated to FTCh Artistryn Ulrich! This is Clover's first litter.

Clover successfully whelped eight pups on 26 Feb. A few days early, but all are doing well so far. She had a lovely mix of 3 black bitches, 1 yellow bitch, 2 black dogs and 2 yellow dogs.

FTCh Artistryn Ulrich is an exceptionally talented young field trialling dog. He won his novice stake in his first trialling season. In his second season he has won two Open trials making him up to a FTCh at just 2 years old! He also has a number of siblings that are competing successfully in field trials. Coupled with his obvious working talents, he is a lovely looking dog with a super temperament and great health tests.

Clover has only rarely competed, however she demonstrated her talents by winning her first field trial. I feel sure that she has the attributes to compete at Open trial level. She has also been a great first working dog for Annette, whether training, picking-up or competing. Not only is she an accomplished working dog, but also an easily managed family pet / house dog.

If you are interested in this litter please feel free to get in touch. (Sorry all sold)

Pictures of Ulrich and Clover below. Also a copy of the litter pedigree which can be enlarged to view. 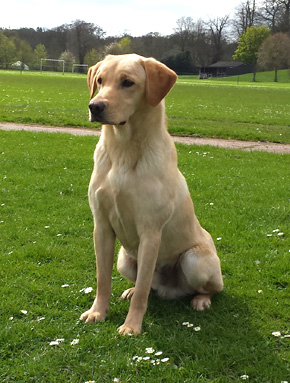 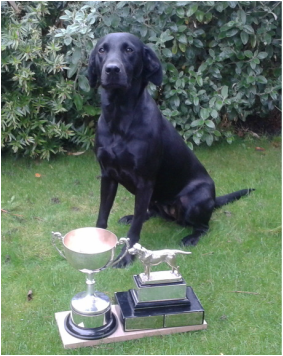 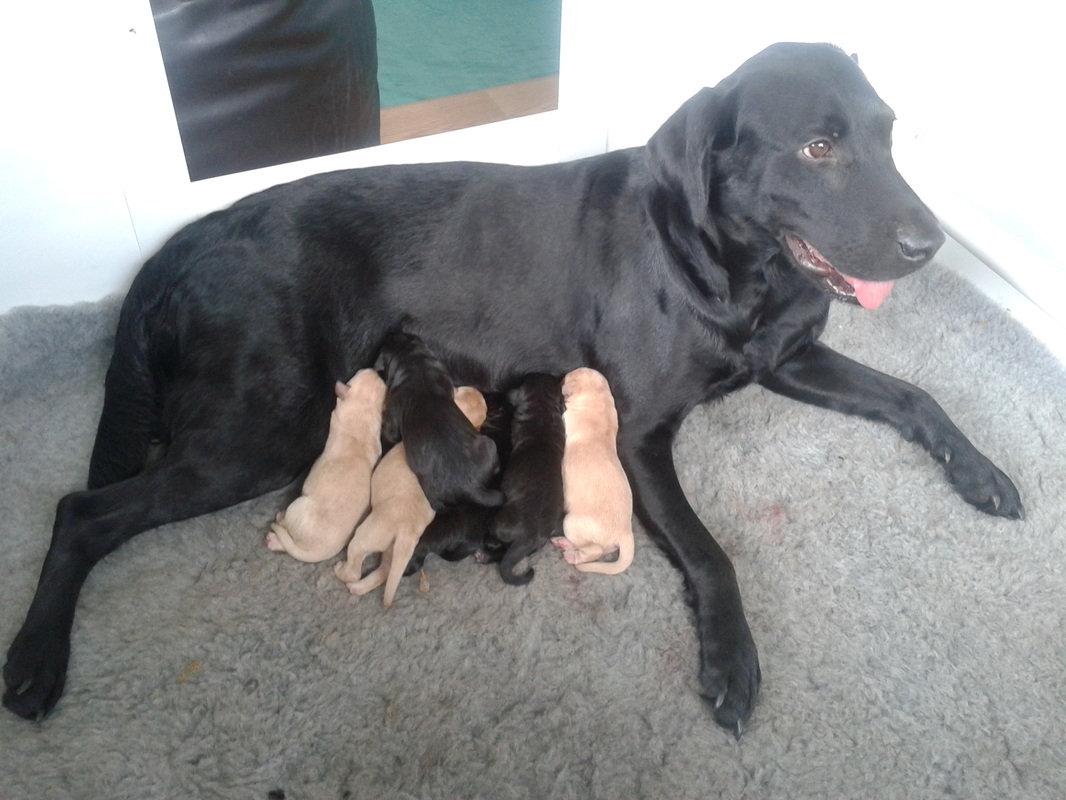 Clover with her new-born pups. There are five black pups in there somewhere!

Clover with her litter at four days old. 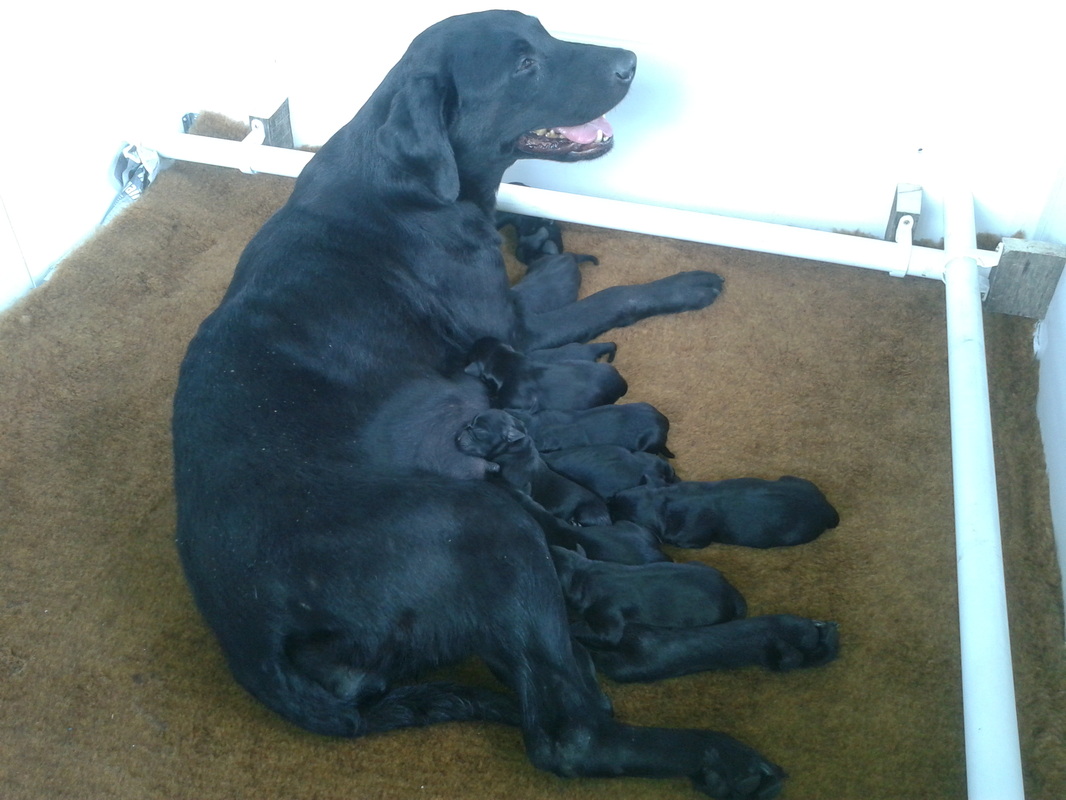 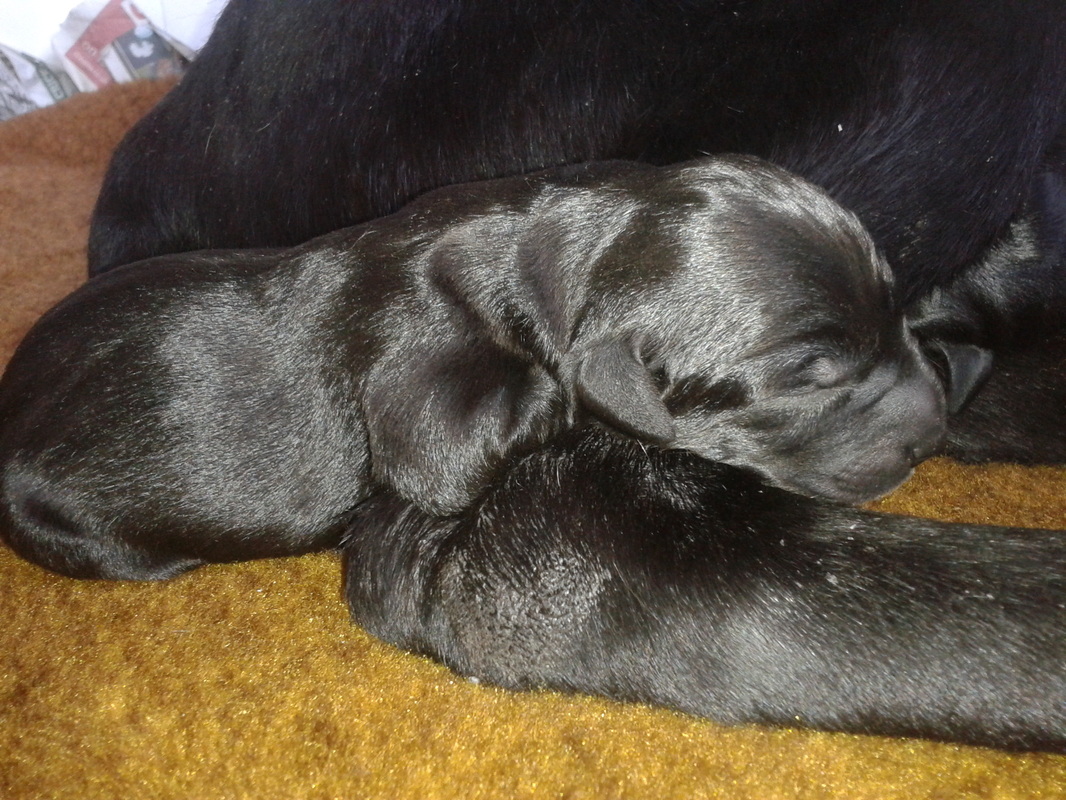 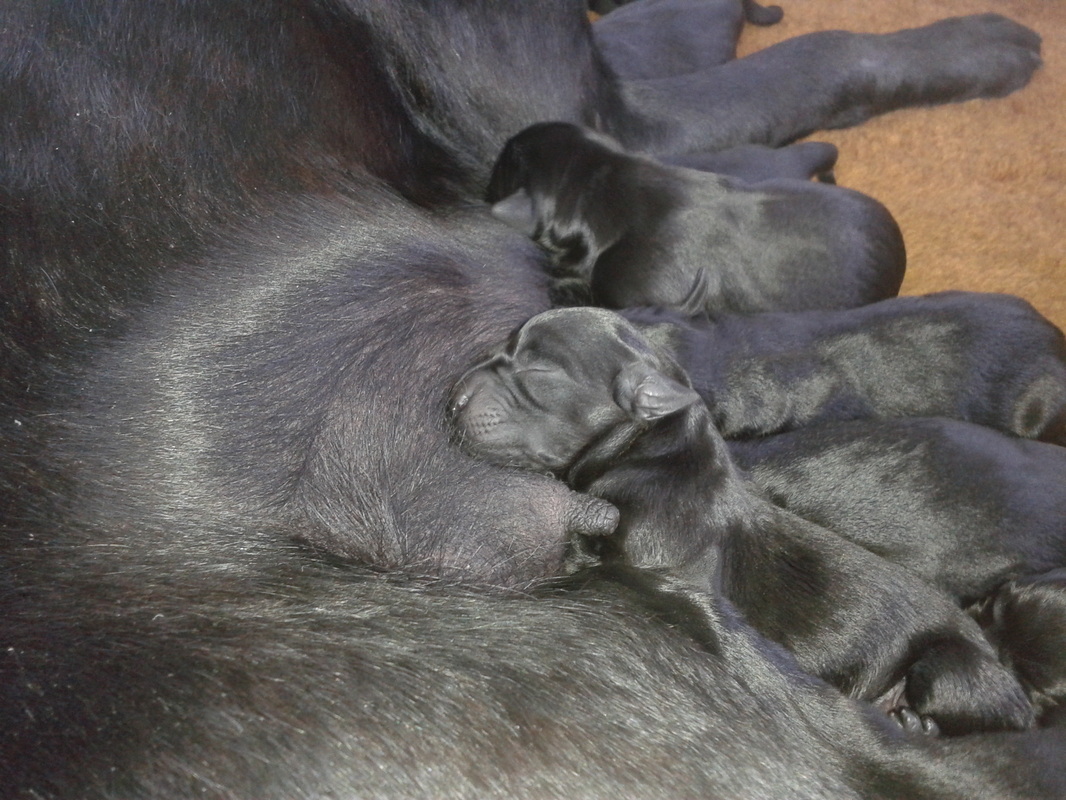 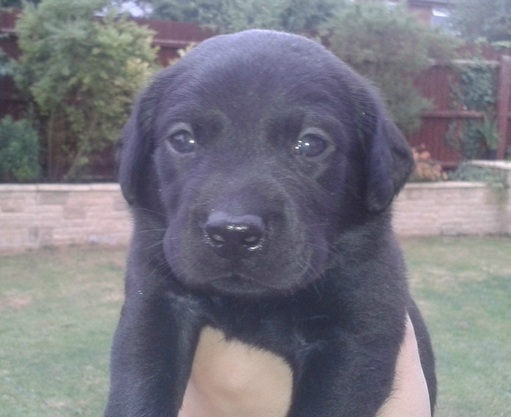 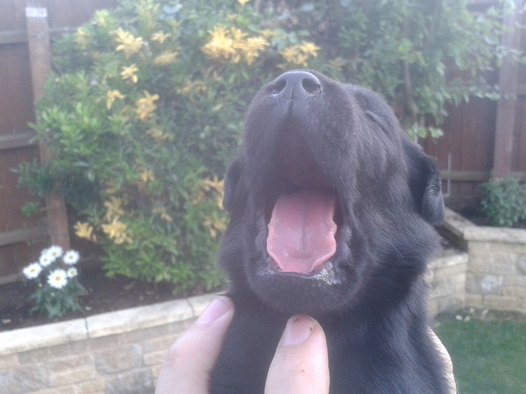 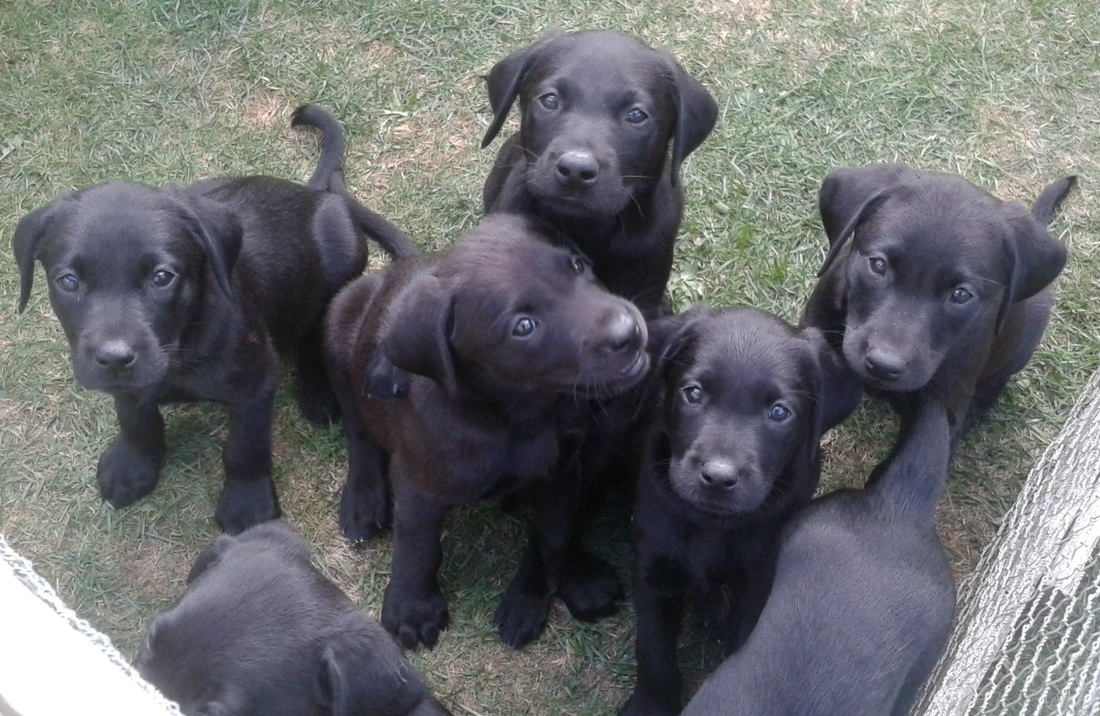 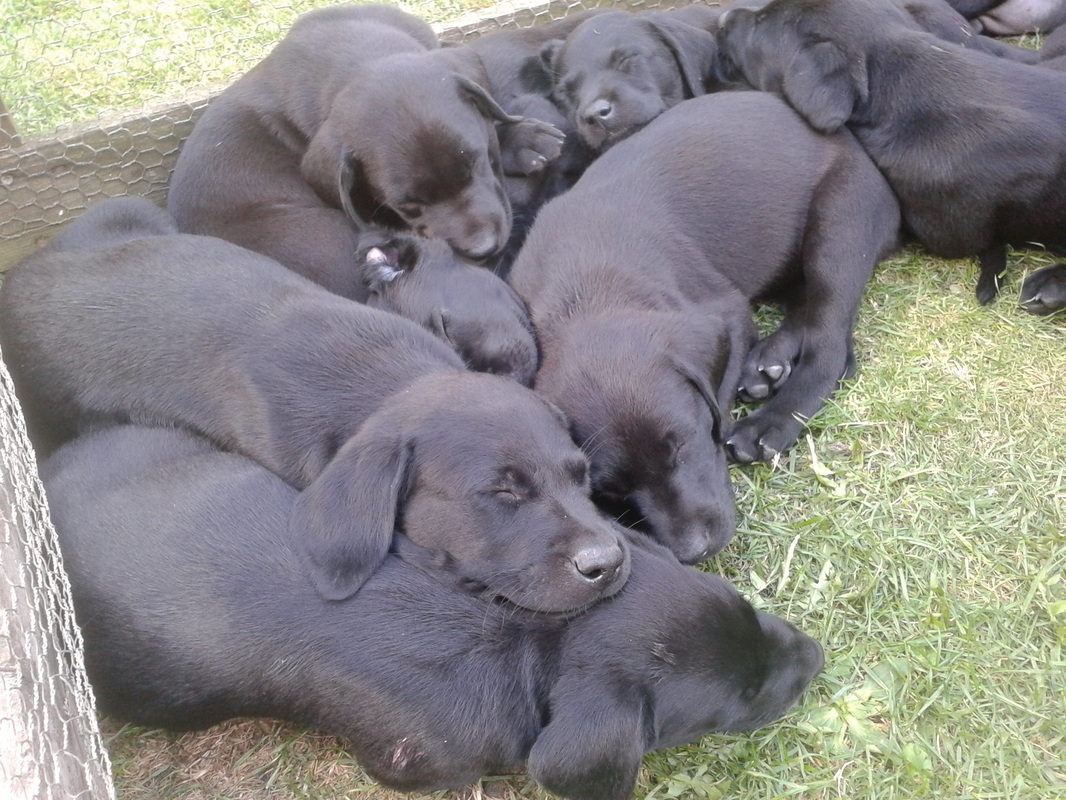 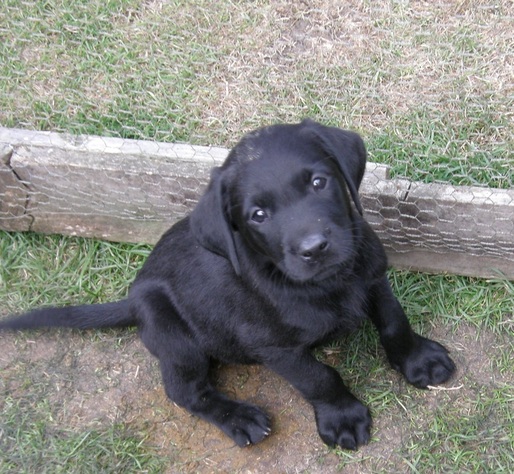 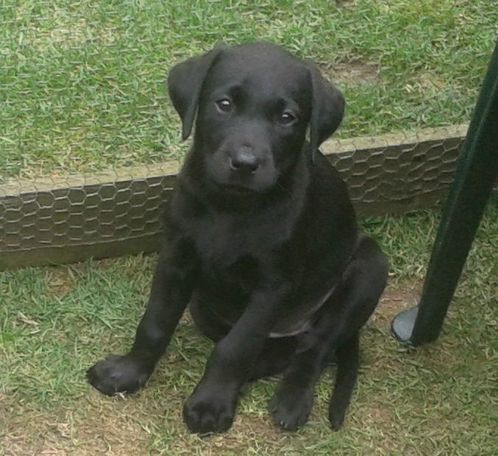 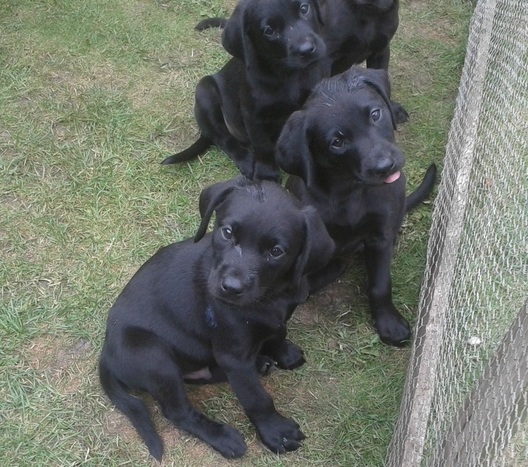 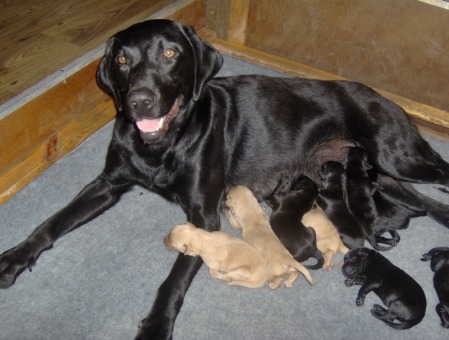 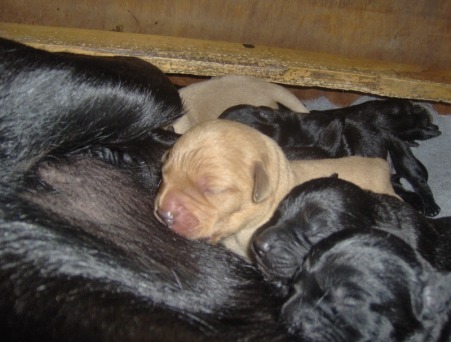 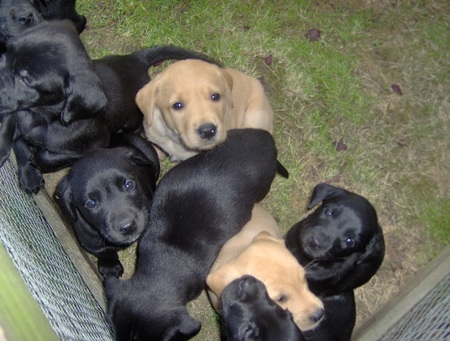 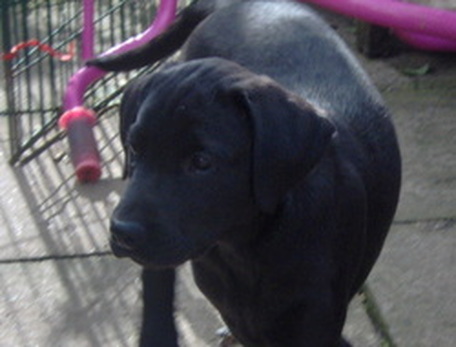